AUSTIN, TX –  Today President Barack Obama announced his administration’s next steps for building a legacy of action to fight the climate crisis. The plan includes new energy efficiency standards for federal buildings and appliances, scales up responsible clean energy production on public lands with an ambitious new commitment to power 6 million homes by 2020, and uses the full authority of the Clean Air Act to cut dangerous carbon pollution from power plants.

“This is the change Texans struggling with drought and pollution have been waiting for on climate.

“President Obama is putting action behind his words, which is exactly what the Lone Star Chapter, our thousands of Texas members and supporters, and coalition partners have worked mightily to achieve.  Today, we applaud him for taking a giant step forward toward meeting that goal. As the largest emitter of greenhouse gases in the country, Texas has a special responsibility to rapidly tackle carbon pollution. 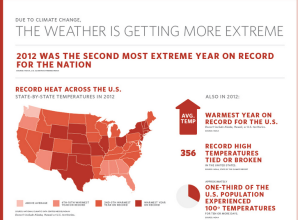 “Texas farmers, ranchers, and cities have been suffering through year after year of drought. Scientists at Texas universities are telling us that over time climate change is going to make the drought even longer and more severe. By committing to implement new energy efficiency standards, increase responsible clean energy production, and most importantly using the full authority of the Clean Air Act to cut dangerous carbon pollution from power plants, the President is stepping up to reduce the climate-disrupting pollution that is destabilizing our climate and threatening our agricultural economy and growing cities.

“The first step in the Presidents’ climate legacy were the clean car rules. Today he committed to tackle existing power plant emissions. To complete his legacy, we look forward to a day when the Administration takes the final step, and recognizes that natural gas and tar sands crude are dangerous fuels. Nevertheless, the President’s plan gives us hope that he will cement his climate legacy and protect future generations by ending destructive oil drilling in the Arctic, rejecting dangerous nukes, phasing out dirty fossil fuels in favor of clean energy – and by making the critically important decision to reject the dirty and dangerous Keystone XL pipeline.” 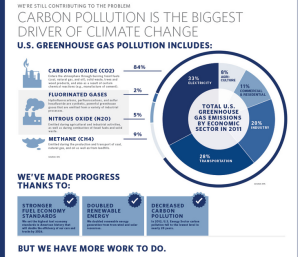